Back to all posts

Last weekend I went camping with some very good friends of mine who are to expatriate in a few months. It involved getting through San Francisco weekend traffic to the ferry on Pier 41. Once on the ferry, there was the tedious task of enjoying the Bay breeze with good company and shimmery water, all the way to Angel Island, whose majestic beauty I had to endure.

After lunch at the cafe, we hoisted our packs onto our backs and trotted along trails for a few miles until we reached the campsite. We stowed our rations in the racoon-proof cupboard and set up camp. Luckily we had enough food to last us for several days should 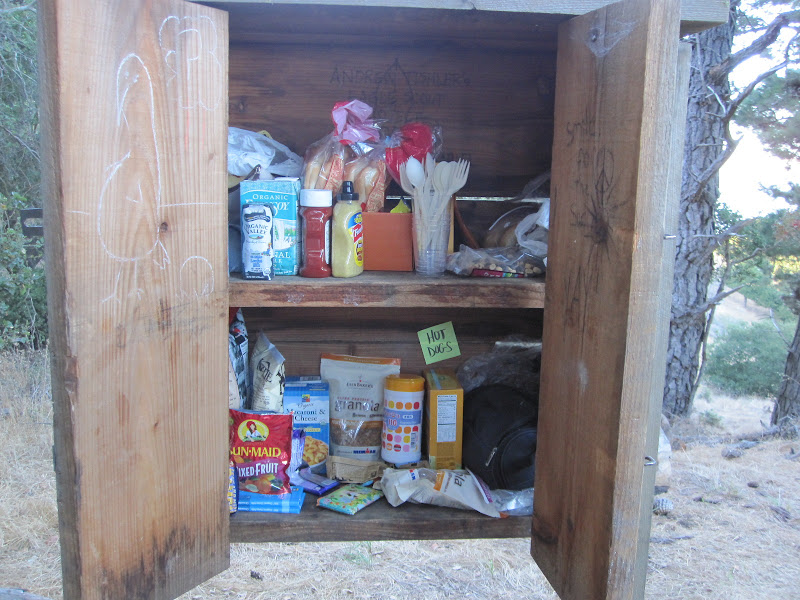 As many San Franciscans know, the past week had been Fleet Week, causing even jaded ears to cringe with noisy delight. From Angel Island, it was truly a sight seeing the jets flying in ridiculously close formation and, at times, ridiculously close to our vantage point from the side of Mt. Livermore. Even the field mice trembled.

That night, after the miracle of fire was created on our grill (it was a long, arduous miracle), we feasted on veggie dogs, s'mores, and mac and cheese that tasted delightfully of hose water. More s'mores were had. Games were played. We watched the sunset and enjoyed the city lights of SF from afar. There was even some constellation spectulation which turned to identification once the Droid was produced (cheating, in my opinion). Milky Way was spotted. Ghost stories were told. A racoon watched jealously from afar.

In the morning, we awoke just before dawn to share the sunrise together in our dishelved states after a night of tent sleeping. (If you don't know anything about tent sleeping, it involves shifting restlessly, a hard ground, and in this case, foghorns and buoys beeping all the night.)

Breakfast was granola and soy milk, more s'mores, and, since we had mastered fire, hot tea. These things were important, as we had a long day ahead of us.

After being tempted by the slopes of Mt. Caroline Livermore the day before, we knew we had to conquer her or else be conquered ourselves, in our hearts. We left all behind but our water and made it to the top where we acted very triumphant and, in my case, took a short nap. 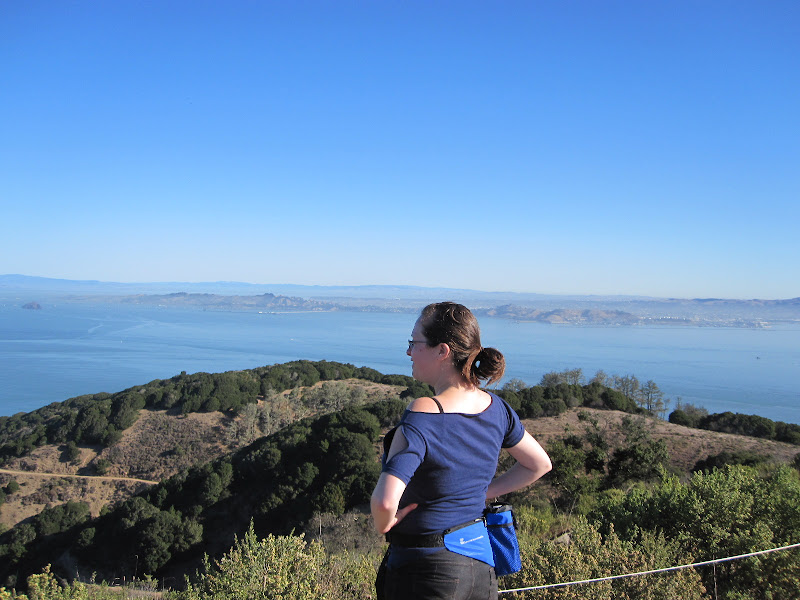 We went on to see mysterious graffitied ruins and fallen-down buildings. I briefly considered renting.

When we discovered the beach, our hearts lifted and our feet rejoiced. Then hunger came upon us like a pouncing beast and we made for the campsite with as much haste as we could muster, cursing ourselves for not bringing any of the various snacks now sitting uselessly in our racoon-proof cupboard. When we reached our base and unburdened the cupboard, we descended on the food like vultures. Pretzels and peanut butter. Potato chips. More s'mores. Buffalo jerky. Cucumber. It was all ours. We had earned it.

Eventually we came to our senses and packed up. It was time to return to civilization. We made our way back to the cafe (where more food was had) and racoons roamed without fear, and no cupboards kept them from their prize. We boarded the ferry but, even as we did so, we knew we had changed. We had camped. We had made fire. We had feasted.