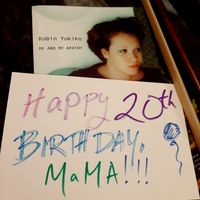 Concert: 20th Anniversary of "Me & My Apathy" Release!

I am performing an intimate virtual concert to commemorate the 20th anniversary of the release of my debut album, Me & My Apathy! I'll be playing every song on the album and recounting my memories of writing and performing them.

During this live show, you'll be able to interact and ask me questions via chat.

You will receive a link to the live stream when you purchase your ticket.